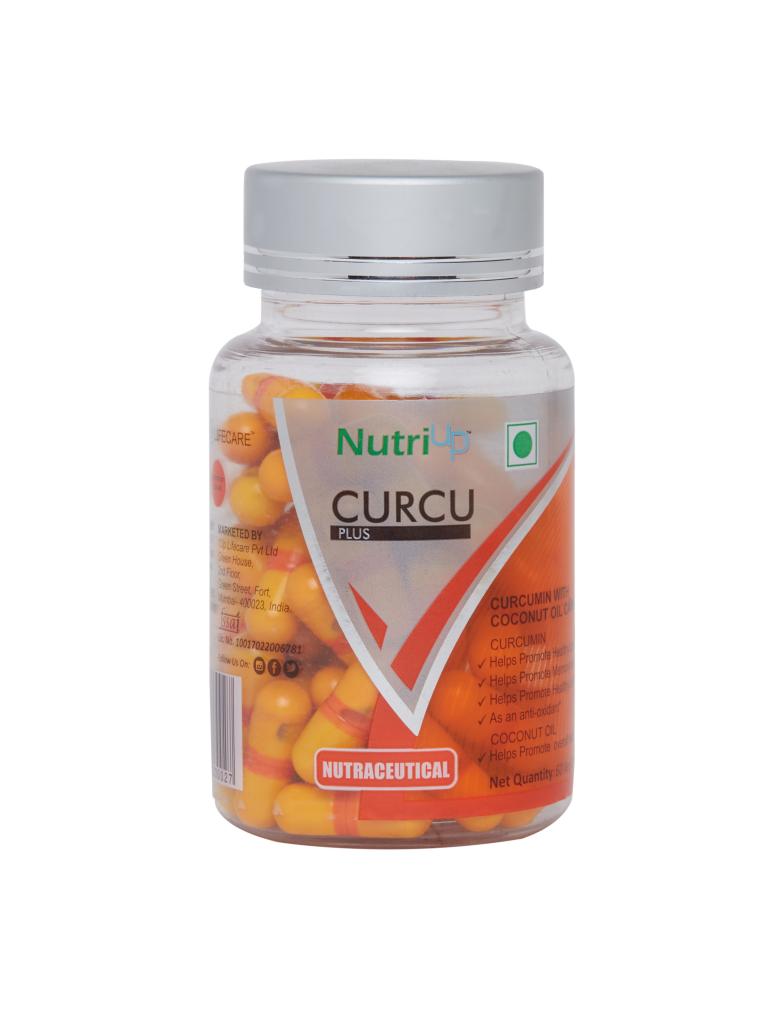 CURCUPLUS is one of the most consumable forms of Curcumin, a principal bioactive ingredient of turmeric.

We no longer have time to consume curcumin in its natural and effective form, CURCPLUS capsules are therefore the easiest ways to consume the curcumin present in Turmeric, hassle free and in the right proportion.

CURCUPLUS capsule is a Nutraceutical in the form of Liquid filled Vegetarian capsule containing blend of 95% Curcumin & Virgin Coconut Oil which is a powerful combination of Antioxidants and MCTs which has many health benefits.

Curcumin is the principal bioactive ingredient of turmeric (Curcuma longa). It is found in combination of two other compounds and collectively they are known as curcuminoids. Curcumin comes with whooping health benefits, be it something mild as tackling a seasonal flu or even a major health concern like cancer.

Our Coconut Oil is extracted directly from fresh coconut by Cold Process and differs from refined coconut oil in its processing. This method of production does not subject the oil to refining thus maintaining the nutrient value in its natural form also called as Virgin Coconut Oil (VCO).

The bioavailability of curcumin is enhanced in presence of fat thus combining it with coconut oil serves the purpose with a boon of providing dual benefit of coconut oil as well as curcumin.

The Vegetarian capsules used in the production disintegrate much faster as compared to Soft gels and are not harmful to stomach.