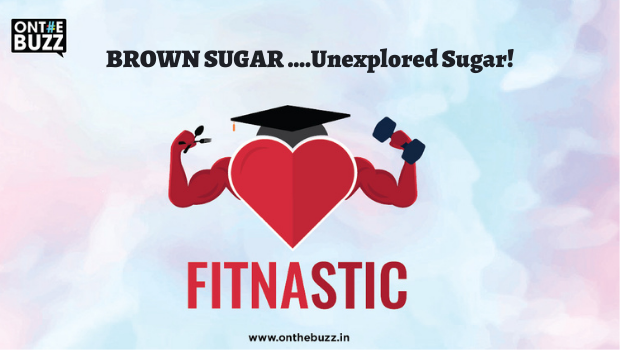 Brown sugar is being categorized as the new fad over regular sugar, especially by the younger generation. However, there is not much difference between white and brown sugar.

The majority of the youth consider brown items to be healthier than white ones. For example, brown bread. Undoubtedly, it is rich in minerals and vitamins whereas, white bread has added sugars, preservatives and is not completely absorbed by our body.

What do you think?? Is brown sugar healthy?

Yes! It’s definitely healthy. Brown sugar contains more minerals and few calories than less than white sugar. However, the nutritional differences between the two are not significant. Brown sugar has slightly higher calcium, iron, and potassium than white one.

Let me tell you more about Brown Sugar…

What is brown sugar?

Brown Sugar is a type of sugar that contains molasses, giving a distinctive brown colouration and also a different flavour. Brown sugars are widely available in the market in various forms (e.g., coarse or soft), depending on their moisture content. The types of brown sugar that you all might be familiar with are soft light and dark brown sugar, which is most commonly used in baking.

How it is made?

Brown sugar is often produced by adding a sweetener like molasses ( sugarcane )to completely refined white sugar crystals controlling the ratio of molasses to sugar crystals by reducing manufacturing costs.

Many of us think brown sugar and jaggery are the same, but this variety of sugar contains far fewer minerals than jaggery, the latter of which come from sugarcane or date palm sap.

As many of our family elders believe in homemade things, brown sugar can be made at home itself!  Just add a suitable quantity of molasses to the bowl containing white sugar. (1 or 2 spoon molasses). Stir it until the coating is done. Store at a cool and dry place.

The benefits of brown sugar are as follows: –

In traditional medicines, some cultures have added this variety of sugar and ginger into a healthy tea which helps to eliminate the discomfort of menstrual cramps during periods.

Using brown sugar as a skin exfoliant is one of the surprising uses of brown sugar; the rough texture helps eliminate dirt, grime, and dead skin cells from the skin.

It increases the energy level of the body by acting as a carbohydrate hence mainly added in morning beverages.

Eating an excessive amount of this sugar variety isn’t a good idea, but molasses is known to boost the metabolism and satiate hunger, which could help in weight loss efforts.

Following the delivery of your baby, this sugar has been linked to helping speed the recovery, while also relieving some of the cramps and discomfort during pregnancy.

As brown sugar removes dead cells from the outer skin and hydrates the skin, it gives the skin a shiny glow. It prevents the skin from getting tanned. It can be applied to arms, legs, back, and shoulders. It can be used as a scrub (prevents acne and remove scars)and moisturizer.

Like every card has two sides, so does brown sugar. You have seen its amazing positive side. So now it’s time to see some negative side effects of brown sugar.

Many of you may not be aware of it, but there are 3 types of brown sugar

Side effects of brown sugar:

There are some side effects of this sugar when it is consumed in excess, which includes an elevated risk of:

So you now know that brown sugar is a healthy alternative to white sugar. You can surely replace your sugar with it. But you have to keep in mind that, like with white sugar, brown sugar should also be consumed in moderation.

This article is contributed by the Fitnastic team!

About Fitnastic: Fitnastic was founded in January 2020 with the aim to help individuals go through their fitness obstacles and transform them into stronger, fitter, and confident individuals. Rishi Nagar being the founder and Ojas Bhatt being the Co-Founder, believe in the ideology that exercise and nutrition are the utmost priority for healthy well-being.

At Fitnastic, they craft an individual’s well-being by not only providing customized diet plans and live training/training routines, but also provide conversations with doctors on various health issues, easy-to-make healthy recipes & also educate people by providing scientific knowledge about different dieting patterns, herbs, and physiological functions of the human system.

Because, Fitness is not a joke!

Follow Fitnastic for more updates on Health and Fitness:

10 Turmeric Benefits for Your Health Which will Amaze You!!

Get Ready for the Summer With Me!