Foods That Do Good, Live Well, 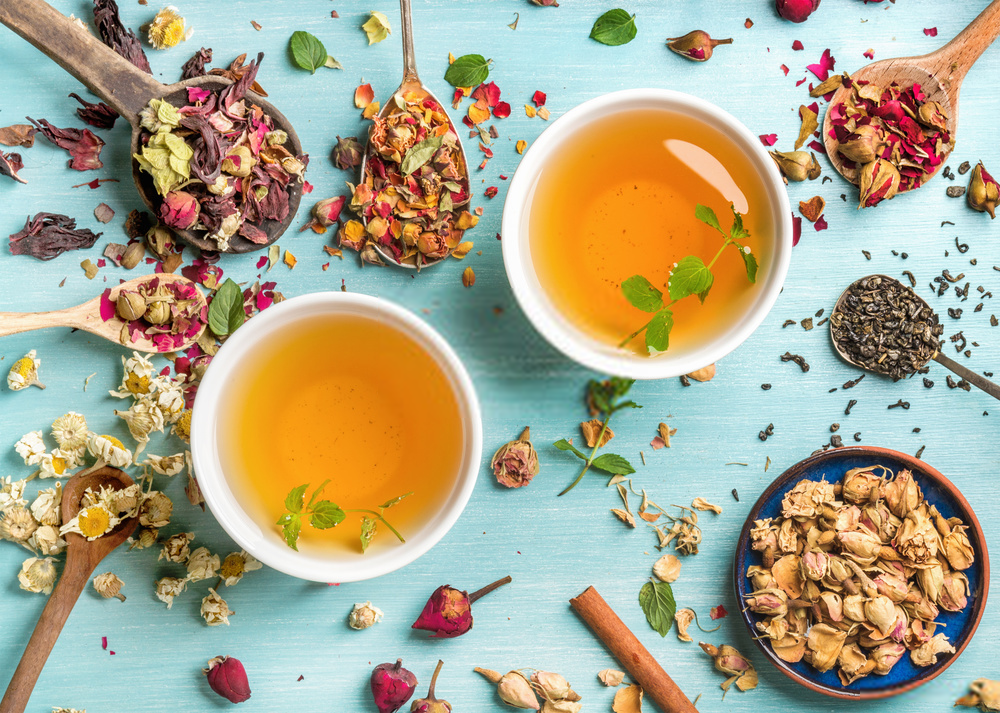 It’s a stress buster, immune booster, free radical scavenger and what not; herbal tea, the beverage of infusion & decoction is everything that a healthy brain & heart needs. Considered as warriors in the battle against bad health, herbal teas are loaded with antioxidants and other healthy ingredients. Did you know that tea is the second most commonly consumed beverage in the world after water? Also, it is estimated that Canadians get 30% of their caffeine from tea. Yup! that is a lot of tea!

A Little on the History of Herbal Tea

Tea has been a popular beverage in the United Kingdom for over 350 years; however, the story of tea began in China. According to a legend, in the year 2737 BC, the Chinese emperor Shen Nung was sitting beneath a tree while his servant boiled drinking water nearby and some leaves from the tree blew into the water. The emperor gave the infusion a try that was accidentally created and the result was tea! Yes, tea is an accident, like the discovery of gravity!

The tea we drink is produced by steeping the leaf buds or young leaves of the tea plant in freshly boiled water. All teas are made from the same species of plant, Camellia sinensis and there are approximately 1,500 different varieties, out of which the most commonly known are black, green, oolong and white. Yes, herbal tea has those many varieties? And each of them have many health benefits. Here’s a list of various herbal teas and why they are so good for health & skin.

What’s in a Herbal Tea?

Herbal teas have many phytochemicals that are potential sources of natural antioxidants such as phenolic diterpenes, flavonoids, tannins and phenolic acids, which show anti-inflammatory, antitumoral, anticancer and immune-modulatory characteristics. Antioxidants in herbal tea can prevent or slow the oxidative damage to our body. Popularly referred as free radical scavengers, antioxidants in herbal tea prevent and repair damage caused by environmental free radicals.

Caffeine is a natural component of herbal tea; one cup of brewed tea contains around 50mg caffeine, which is generally considered safe when consumed in moderation. Herbal tea contains less than half the caffeine level of an equal-sized serving of coffee, but enough to provide the cognitive benefits. Actual caffeine levels are dependent on the type of blend & strength of the tea brew.

Originated from Camellia sinensis, green tea is native to China. The tea leaves of Camellia sinensis plant are quickly heated & dried to prevent too much oxidation, which would turn the green leaves to brown, thus altering their flavor.

Green tea is known for its high concentration of EGCG and antioxidants, which reduce the risk of Alzheimer’s and Parkinson’s diseases, heart stroke overweight & obesity and aids in improvement of cholesterol levels.

Black tea is made with fermented tea leaves and has the highest caffeine content among all herbal tea varieties. It forms a base for flavored teas like chai & some instant teas.

Studies suggest that drinking black tea may protect lungs from damage caused by exposure to cigarette smoke & may also reduce the risk of heart stroke.

White tea is one of the most delicate tea varieties as it’s very lightly processed. Harvested as young buds, white tea is meticulously dried so the leaves are not allowed to oxidize. This minimal processing makes white tea one of the rarest, freshest, least produced, and expensive types of tea.

One study showed that white tea has the most potent anticancer properties compared to other processed teas.

Oolong tea neither a black tea or green tea, its concoction characteristics are based on the direction of processing. It’s partially oxidized from 8% to 80% and are rolled, twisted or curled into tight balls or thin strands, which the fine line of difference between oolong & black tea.

Animal studies have found that antioxidants in oolong tea reduces the levels of bad cholesterol in the body. Wuyi, one variety of oolong, claims to be an effective weight loss supplement, but science hasn’t backed the claims.