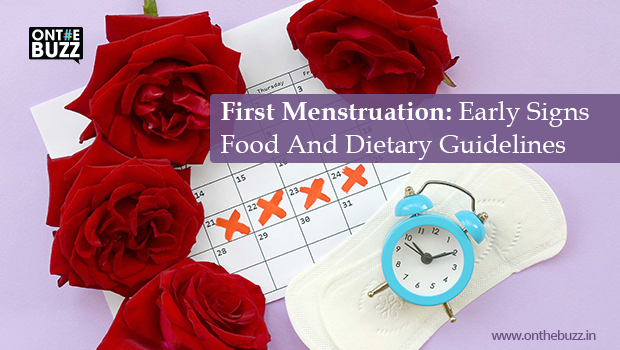 The Period of transition from childhood to adulthood is called adolescence with accelerated physical, biochemical and emotional development. It is during this period that the final growth spurt occurs. There are many body changes that result due to the influence of hormones. The growth spurt of boys is slower than that of girls. Growth velocity is maximum for girls between 10 – 13 years. With the profound growth of adolescence, there are increased demands for energy, protein, minerals and vitamins.

Menstruation is an amazing gift for a girl given by our universe. It gives every girl and adult women individual feedback of what is going in their own body also tells them whether they are taking the right diet or following the right lifestyle or not. Changes such as stomach or body cramps, changes in hair, changes in skin and mood swings or fluctuations give a message to us whether we are taking the right diet and nutrition. Lifestyle habits like getting enough sleep or not, exercising right or wrong is apparent through looking at changes in the menstrual cycle.

All you need to know about Menstruation:

Menstruation happens because of changes in hormones, which are messengers in our body. Estrogen and Progesterone are the two important female hormones. A menstrual cycle has two phase’s Follicular phase and the luteal phase. During the follicular phase (from day 1 to day 14) Estrogen is the dominant hormone that regulates the release of follicles. There are a group of follicles that are being released, of these one turns out to be an egg. During this time there is a built-up taking place on the lining of the uterus, where the egg gets attached. The egg sits on the lining of the uterus for 3 days here is the start of the luteal phase (day 15 to day 28). If the egg is fertilized then the progesterone hormone protects this egg throughout the gestation period. If the egg is not fertilized then the built upon lining of the uterus sheds off after 28 days leading to menstrual blood flow. This cycle is repeated every month, thus menstruation blood flow happens once a month.

During menses, it is very important to stay hydrated and also eat a healthy diet. This is because

a girl’s body undergoes several changes at the time of first menstruation.

It is very much essential that a girl take a diet which has more proteins, minerals and vitamins which will compensate for the loss of nutrients.

Teenagers have the reputation of having the worst eating habits. They may skip a meal. Or they may eat fast foods which are generally inadequate in calcium, iron and vitamin A but high in calories, saturated fat and sodium.

Diet at the time of first menstruation is very significant because it influences the future nutritional status.

This article is contributed by Mrs Mayuri Aavula.

Author Bio: Mrs Mayuri started TruDiet in the year 2016 after working with several health and wellness organisations. She was featured in numerous nutrition awareness campaigns of several print media of Telangana. Also featured in All India Radio and other Television channels including Doordarshan as a health domain expert. She is in the top 10 nutritionists of Hyderabad for multiple years and was recognised for her work with several awards and accolades. She provided Diet care services to several notable film and TV personalities. She has also conducted wellness programs for corporate clients like InfoSys, CYIENT, and DeShaw.  Currently, she is also co-hosting an online webinar series ”Tuesday Tea talks” – which is a unique initiative featuring experts from Nutrition and Diet care talk on the trending topics of health care.

Advantages Of Using A Sit-Stand Desk At Your Workplace

Why Sunscreen Is Important?