Eight secrets of a long and happy life 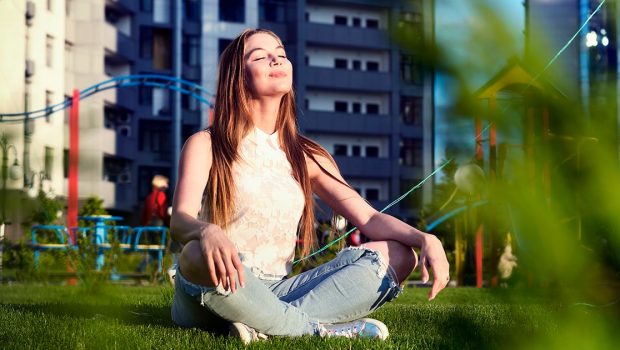 What unites the happiest people on Earth? Recently, a scientist’s study analyzed the common signs of people who are satisfied with their lives and consider themselves happy. Let’s take a closer look at these signs.

Are you surprised?  Relationship takes the first place on our list of happiness. It is not success and material wealth, not high intelligence and not even a favorite job. Numerous studies have shown that it is a strong relationship with a partner and social bonds that makes people happy. And this rule applies throughout life.

American scientists conducted a study in which they observed a group of men throughout their lives until they were 80 years old. The happier were those people who had warm relationships with family and other people. The study found that the ability to love and feel love was the only factor in the well-being of people in their 80s. In other words, warm communication with family and friends is the key to happiness and longevity.

American scientist Howard Friedman, who has made a research on happiness and longevity, concluded that social connections and helping others are much more important than a healthy lifestyle. It is worth noting that the guarantee of happiness and longevity is precisely helping others without asking nothing in return. In fact, dependence on the help of others has a negative effect on a person’s happiness. The happiness on the faces of the people you help brings joy to yourself.

3. Activities that you love

The study also found that people who work hard often have a high life expectancy. This may seem odd, given the popular belief that happiness requires avoiding stress and staying calm. Of course, chronic stress and overwork are harmful to health, but scientists recommend doing interesting work for a long and happy life. The study says that people who love what they do live longer.

The happiest people on Earth had a happy childhood and warm relationships with their families. It is a guarantee of optimism and happiness throughout your life. The worth negative factor for a child is the divorce of the parents. The study found that people who experienced divorce as children often die early – on average 5 years earlier than their peers. Also, the divorce of parents makes people addicted to smoking and alcoholism. Such people are on average less educated, less likely to achieve success in their careers, and are more prone to divorce. We cannot change our own childhood, but we must remember this when raising our own children.

Scientists also believe that in order to be happy we must give up work that does not bring us pleasure. If you don’t like your job then you should change it as soon as possible. After spending many years at work that you don’t like, you start to think that you made a big mistake in your life, and you regret it. However, before you change your job, you should think about what it gives you (for example, a high salary or social status) and you should find another one that will be an equivalent job.

6. Give, but without prejudice to yourself

As you know, the secret of happiness is giving more than receiving/ But at the same time you need to think about yourself.  Research shows that people who give too much without caring for their own needs are often manipulated by others. This manifests itself both at work and in family life. The secret to a happy life is balance.

Scientists claim that happy people devote an average of 2 hours a week to charity work (that is, 100 hours a year). This allows them to save enough time and energy for family life and personal life goals. It is also important that helping others and charity is not at the expense of things that are important to you both financially and in terms of time spent.

American scientist Robert Emmons conducted a study on the feeling of gratitude. He found that people who feel grateful for what other people take for granted (like a beautiful sunset or just being alive) are 25% happier than others. This finding is supported by other studies. For example, a group of American scientists from the University of Miami found that people who thought they had a blessing from above generally felt better. They were more physically active and less likely to get sick than those who took for granted everyday life things and events.

Happy people have enough money to satisfy their needs and they realize it. Realization is especially important. It is not enough to have money – you also need to believe that it is enough. It is also significant not to be in debt. A British study involving married couples found that those who were in debt were more likely to conflict with each other and were less satisfied with their family life.

So just try to thinks in which spheres of your life you meet troubles and try to change it. It will help you become happier! And don’t forget that a happy person can reach the top in any life area!

The Blog is contributed by DoEcoLiving.

Best Yoga Apps to Try Out While Working Out from Home

Intermittent Fasting – A Lifestyle? Or Just a Diet…